About the Vice President 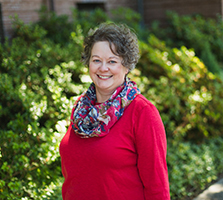 Dr. Melynda Huskey is the Vice President for Enrollment and Student Services at Western Washington University. She joined Western’s ESS team in July of 2017. Prior to coming to Western, Melynda served for 20 years in various roles at Washington State University, including Interim Vice President for Student Affairs, Dean of Students and Associate Vice President for Student Affairs, and Founding Director of the Gay, Lesbian, Bisexual and Allies Program. She started her career as an Assistant Professor of English at North Carolina State University, where she specialized in folklore, popular culture, and Victorian fiction.

Melynda received her doctorate in English from Ohio State University in 1989 and her B.A. in English from the University of Idaho in 1984. Her publications and professional presentations are centered on intercultural competency, conflict management, and LGBTQ issues. As an administrator, her goal is to support holistic student development in every aspect of the services ESS provides.